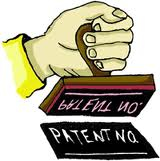 On 03/05/14 the USPTO submitted a patent issue notification to Google.  Just a bit about patents – independent claims are the most important elements of the all claims made in any given patent. Usually independent claim 1 will make the novel claim, and there will be a bunch of dependent claims, which will have all sorts of specific claims that hinge from that independent claim.

Onto The Meat of The SEO Treat (rhyme alert):

As we all know backlinks play a huge roll in ranking a website on search engines, and in particular on Google’s search engine. Whoever tells you that you do not need links is simply not telling you the truth. Chances are they are giving you that misinformation as they don’t have the ability to get you clean or white-hat backlinks.

To sum up the above, it is not just the backlinks count, but how often are the sources of those backlinks referenced, and how often is your site referenced. Moreover, how independent are those references. In other words, the backlinks can’t be just some blog, forum, or article submission directory links, as those have several thousands of outgoing links pointing to sites all over the Internet. In addition, those backlinks can’t be grouped as coming from the same source; there is a lot of hosting implication there.

Gone are the old days where folks used software to get backlinks from blogs, forums, article submission directories, and web 2.0 sites. Gone are the days where you can easily outsource your SEO backlink needs to some foreign Country where for $200 you get thousands of links pointing to your site. As many website owners that had used those types of backlinks have already experienced, you either get your site penalized or filtered out if you used those types of cheap SEO companies. If you have a throw-away domain (a domain that you don’t mind having blacklisted), then sure it may behoove you to spend as little money as possible on SEO, as you know you are going to throw that domain away shortly. However, if you have a legitimate business and a legitimate website, then do yourself and your site a favor and hire a professional SEO company like us at Register Everywhere or others that are out there to help you. We at Register Everywhere are not the only professional SEO Company that does white-hat SEO. There are others. However, we believe we deliver the best value to our clients. You will need to do your own due diligence and find a search engine optimization company that you mesh well with, and one that you would feel comfortable establishing a long term mutually beneficial relationship.